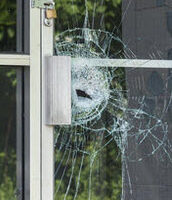 Vandalism, also called criminal mischief, occurs when an offender willfully and maliciously causes damage to property. Graffiti is the most commonly known type of vandalism, but it can also include breaking office building windows, slashing car tires, egging homes or cars, and much more. Depending on the value of the property damaged, you face up to a third degree felony and five years in prison. Do not let a felony or misdemeanor vandalism offense harm your record and leave a permanent blot on your name that employers will judge you for. An experienced Port St. Lucie criminal defense attorney can help you fight these charges.

As per statute 806.13, criminal mischief must include the following elements:

In 2018, there were more than 6,000 arrests for the destruction of property, which includes criminal mischief as well as defacing public or private property, according to the Florida Department of Law Enforcement. Penalties for criminal mischief are based on the value of the property injured/damaged.

There are a number of defenses against criminal mischief. An attorney with experience defending clients who have been charged with criminal mischief may use one or more of the following defenses:

If you are facing criminal mischief/vandalism charges, you need to call the Port St. Lucie criminal lawyers at Baginski Brandt & Brandt. Contact us today to schedule a free consultation as soon as you can. Call 772-466-0707.