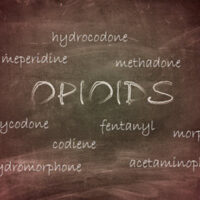 Being convicted of an opioid possession or trafficking offense is a serious crime. Due to the opioid epidemic, prosecutors, judges, and jurors are eager to impose maximum penalties, even when the defendant was clearly only in possession of narcotics because they themselves were trapped in a cycle of chemical addiction. While drug manufacturers like Perdue Pharma and their CEOS and presidents have largely escaped any real penalties, the small time dealers—who are often only selling to feed their own addiction—are being given multi-year prison sentences, effectively ruining their lives and any chance they have at getting clean and holding a good paying job in the future.

Small time offenders are given strict mandatory minimum sentences in Florida. For example:

Judges Have the Authority to Deny Any Plea Deal

Under Rule 11 of the Federal Rules of Criminal Procedure, judges have “unchecked discretion to deny a plea bargain, with no guidelines about which standards should be applied when making the decision to deny,” according to the Harvard Law Review. A federal judge recently applied this rule in an opioid trafficking case (United States v. Walker), claiming that the plea deal went against public interest, forcing the defendant into the courtroom. According to the judge, a “jury trial reveals the dark details of drug distribution and abuse to the community in a way that a plea bargained guilty plea cannot.” However, lengthening prison sentencing has little effect on reducing drug use, according to the Pew Trust.

Longer State and Federal Drug Sentences Do Not Deter Drug Use

According to the Pew Trust, over 300,000 people are currently incarcerated in federal and state prisons for drug crimes alone. Back in 1980, before the war on drugs went into full flight, that number was just 25,000. The average state drug crime prison sentence for those who were freed from incarceration in 2009 was 2.2 years, 36 percent longer than the average prison sentence in 1990. The average federal drug offense sentence increased by 153 percent from 1988 to 2012, increasing from two to five years. Yet, drug use has not followed these hefty sentencing increases. Research shows that there has been no statistically significant relationship between drug imprisonment rates and drug arrests, drug overdoses, or self-reported drug use.

If you have been charged with any type of opioid offense, including possession with intent to sell, you need an experienced Port St. Lucie criminal attorney on your side. Call Baginski Brandt & Brandt today at 772-466-0707 to schedule a free consultation.