Is It Ever Okay to Violate a Parenting Plan? 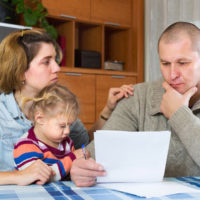 Sharing child custody is a long-term commitment that will go through inevitable ups and downs. Working with a former spouse or partner over something as important as raising a child is not easy to do, and a point may come when having anything to do with this person becomes almost impossible. In some instances, relations between the parents may become so bad, thoughts of keeping the child away become an attractive option. However, there is a danger in this line of thinking. Parenting plans, the document that governs how parenting time and decision-making will be divided between parents, exists to establish the parental rights each has, as well as the authority for a court to enforce its terms if problems arise. As a result, if a parent decides to ignore the provisions listed in the plan, significant legal consequences can follow. Courts take violations of parenting plans seriously, and can impose serious punishments depending upon the type of violation, the frequency, and the duration. Built into the Statute, is make-up time, to give the parent who was wrongfully denied time sharing, a chance to re-connect with the child. However, parents legitimately ask if there is ever a valid reason to violate the plan and withhold parenting time. As an example of a reason recently cited in a news story, a man subject to a custody order in Texas decided he had to take his son to Central Florida to ensure he had the ability to homeschool the child without interference from the child’s mother.

When It Might Be Okay to Withhold Parenting Time

The welfare and best interests of the child will always be a paramount concern for the law and the courts. This means that issues that may endanger the child’s safety or emotionally/psychological wellbeing are sources of legitimate concern. In situations where there is abuse, neglect, dangerous activities, or criminal behavior that could threaten the child’s wellbeing, a parent could withhold parenting time without too much concern of a court’s response. However, if this kind of situation does exist, the parent would be wise to file an emergency motion with the family court seeking sole custody to show the threat is real. Evidence, and not just suspicion, will need to be produced, but this is the best way to ensure any actions are held against him/her.

The grounds for withholding parenting time as mentioned above will not apply in most cases, and the decision is more often based on disagreement over how to raise the child or to punish the other parent for some perceived wrong. Any parent denied rightful parenting time has the ability to file a motion to hold the parent violating the custody arrangements in contempt, a legal mechanism used when a someone subject to a court order decides to violate it. If a motion for contempt is filed, the accused parent will need to appear in court explain why he/she violated the parenting plan, and depending upon the reasons asserted, could face loss of parenting time, a permanent modification of the parenting plan in favor of the non-violating parent, or even criminal charges for interference with child custody. If a parent has legitimate concerns about sending his/her child to the other parent, talk to a family law attorney as soon as possible about taking steps to protect the child from possible harm.

If you believe your child is in danger if exposed to the other parent, take steps immediately to address the situation with a family law attorney. You do not have to face this situation alone, and the Port St. Lucie child custody attorneys at Baginski Brandt & Brandt know how to take quick action to get you the help you need. Call us today for a consultation.