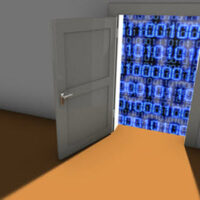 Arguments and feuds can quickly get out of hand online, both for school children as well as adults. What may seem like a simple, yet heated, argument to you, can come off as harassment or bullying to another. Cyberbullying is a serious crime in Florida, and can be charged as a first degree misdemeanor or a third degree felony, depending on the circumstances.

Florida does not have a specific criminal cyberbullying statute. However, cyberbullying can be classified as online stalking harassment, which is a crime. Harassment, under Florida statute 784.048, is defined as engaging in a course of conduct directed at someone that causes substantial emotional distress and serves no legitimate purpose. Cyberstalking occurs when a person causes “substantial emotional distress” for no legitimate purpose by using words, images, or language via electronic communication (computer or phone) directed at a person, or by accessing or attempting to access that person’s internet connection without their permission.

Under this statute, someone who “willfully, maliciously, and repeatedly follows, harasses, or cyberstalks another person” has committed the offense of stalking, which is a first degree misdemeanor. A first degree misdemeanor is punishable by up to one year in jail and a fine of $1,000. If the defendant makes a credible threat to the victim, the offense is heightened to that of a third degree felony, punishable by up to five years in prison and a fine of $5,000. As such, cyberbullying is a true crime with serious consequences, despite the words “cyberbullying” not appearing directly in this statute.

Cyberbullying in schools is on the rise, according to PBS, and girls are three times more likely to be the victims than boys. Under statute 1006.147 of the K-20 Education Code, bullying, which includes cyberbullying, is the systematic and chronic infliction of “physical hurt or psychological distress on one or more students.”  It can involve any of the following:

Cyberbullying involves the use of technology or any electronic communication to inflict psychological distress, and cyberbullying in schools can be charged as a crime when the acts are considered to be severe, as well as pervasive or persistent. Examples of a student being charged with criminal cyberbullying in school include posting nude photos of the victim online, making threats of violence, and stalking.

In addition to being charged with a misdemeanor or felony cyberbullying offense, the defendant may also face the heightened offense of a hate crime if their attacks were born out of contempt of a protected class, such as the victim’s race, sex, sexual orientation, national origin, religion, or disability. A hate crime increases the penalty by one full degree. For example, if the original offense was a third degree felony, if it is found to also be a hate crime, the offense will be increased to that of a second degree felony.

School Districts have their own definitions for cyberbullying.  If your child is a victim of cyberbullying report it to their school.  If your child is accused of cyberbullying call our office.  We will engage with the school district to protect your child’s right to attend school.  There are strict deadlines that need to be met.  Always consult with an attorney prior to signing any document from the schools if your child has been accused.  Once documents are signed, it can limit or prevent defenses from being used to help your child. Most schools have a zero tolerance policy when it comes to cyberbullies.

Other examples of cyberbulling  that St. Lucie County have listed on their website (https://www.stlucie.k12.fl.us/parents-students/cyber-safety/cyber-bullying/):

If you have been charged with any type of online crime, including cyberstalking or cyberbullying, you need to contact an experienced Port St. Lucie criminal attorney at once. We urge you to call the cyberbullying defense team at Baginski Brandt & Brandt today at 772-466-0707to schedule a free consultation.