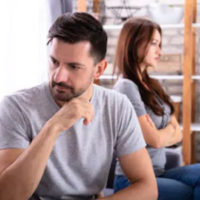 Working through the issues of divorce is a process that takes time, patience, flexibility, and fortitude. In other words, reaching a divorce settlement often comes after a considerable effort by each spouse to find common ground in order to move forward. Many divorces are resolved this way, either through direct negotiation or mediation in most cases. In fact, mediation is required by family courts in this State before a divorce will be granted. While litigation is available if mediation fails, the spouses will first have to face one another and try to settle things outside the courtroom. Assuming a settlement can be reached, the terms are presented to the court for review, and if accepted, incorporated into the final divorce judgment. Judges look at the terms to ensure they appear fair and within the bounds of the law, but to an extent, there is a presumption that the agreements were entered into voluntarily and with full disclosure by each spouse. What happens, though, when one spouse later decides the terms of the settlement are unfair and wants to modify the agreement? Generally, courts will not revisit property settlements, a fact that the former wife of producer Dick Wolf, Christine Marburg, learned when her appeal to overturn her divorce settlement was rejected. She claimed her former husband concealed assets and the mediator was biased in his favor. Courts will only consider this extreme remedy in select situations.

When Does the Agreement Become Final?

Options to change a divorce settlement are extremely limited once the agreement is finalized. Thus, it is important to understand where in the process that final step takes place. If a spouse changes his/her mind about the terms of the settlement before anything is signed, the negotiation or mediation process would resume, or the spouse can choose to take the case to the judge. If the agreement has been signed and submitted to the court for acceptance, the window of time to rescind the agreement is very small, and an attorney would need to file an emergency motion and convince the court rescission is necessary. Once the settlement is incorporated into the divorce judgment, the terms are considered final and options to make changes very narrow and unlikely.

Grounds to Rescind a Settlement

Because courts assume adults are fully informed when they enter into a contract, serious issues will need to be demonstrated before a judge will consider revisiting the settlement. Specifically, the party asking for the settlement to be thrown out must prove he/she only entered into it because of fraud, coercion, duress, and similar extreme misconduct. The most common basis for a request of this type is that a former spouse hid assets in an effort to avoid dividing them in the divorce and the other party had no way to discover this deception until after the case was closed. Facts like these will only occur in a limited number of cases, and importantly, once a spouse learns of an issue that could justify overturning the divorce settlement, he/she cannot sit on the information and only decide much later to take legal action. The law restricts the amount of time a person has to take action to correct an issue and waiting too long can cost a person’s right to remedy the situation.

You have one chance to get a divorce settlement right, so having an experienced attorney at your side is essential to a fair outcome. The Port St. Lucie divorce attorneys at the office of Baginski Brandt & Brandt understand the pressures of negotiation and mediation and will use knowledge to protect your interests. Contact us today to schedule a confidential consultation.