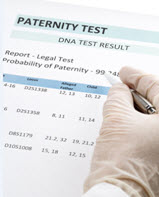 With the rate of marriage in the U.S. on the decline in recent years, the number of children born out of wedlock is increasing exponentially. The parentage laws that regulate who is considered a legal parent do not necessarily reflect the reality of this shift and can lead to complications when a biological father tries to assert his parental rights through the legal process. Without a legal recognition of paternity, an unwed father has no ability to enforce parenting time rights, make major decision, or receive access to information about the child. Before these rights are available, the father must voluntarily assume the associated rights and responsibilities of being a legal parent by filing an affidavit with the child’s mother, or through a judicial declaration that names the man as the child’s father. One issue that greatly confuses the issue is if the woman is married at the time of conception to another man. Under Florida law, the woman’s husband is automatically considered the legal father, not the man who fathered the child, and courts tend to uphold the husband’s rights over those of the biological father. A father from Baker County is trying to challenge this standard, which has separated him from his daughter for the past two years. The mother was separated from her husband when the child was conceived and born, but lost custody due to drug and mental health issues.

As mentioned, the primary ways a man can establish paternity is through a voluntary acknowledgement or a paternity action. Note, however, the Florida Department of Revenue can also institute a process to declare a man to be a child’s legal father for purposes of collecting child support. Parental rights would have to be established separately. When paternity is pursued through the courts, judges can consider both evidence and the results of genetic testing when deciding if a man should be declared the legal father. Evidence would be used to show if the man and woman had a romantic relationship, and if either took actions to hold the man out as the child’s father, both through actions and statements. The results of genetic testing are accepted as presumptively true the man is the child’s father if the match is within 95 percent of probable paternity. Once paternity is established, the man is responsible for financially supporting the child until the age of 18, and now has the right to sue for parenting time and decision-making authority.

Most paternity matters proceed along the lines described above, but when the mother is already married to another man at the time of conception, the legal ramifications are complex. The law gives a presumption the husband is the child’s legal father in an effort to avoid having the child with no father at all. This presumption can be challenged, according to a decision by the Florida Supreme Court in 2018, if the biological father can show continuing concern for the child’s welfare and that the biological father’s claims better support the best interests of the child. This standard will not be easy to show, and is the sticking point in the case mentioned above. Working with an experienced family law attorney is crucial in this situation to ensure the strongest possible claim is presented to the court.

Paternity actions can raise strong emotions in both sides because the stakes are so high. If you have questions about establishing or challenging the paternity of your child, talk to the experienced Port St. Lucie paternity attorneys at Baginski Brandt & Brandt about how the law would view your situation. Every case is unique, and the advice of an attorney can make all the difference in achieving your aims. Contact the family law firm today to schedule a confidential consultation.