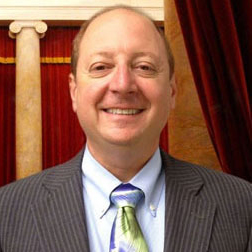 Arthur Brandt has been a partner and owner of his own firm since the year 2000. Mr. Brandt graduated from The University of Miami School of Law in Coral Gables. He has been a member of the Florida Bar since 1997 and has been a member of both the United States District Courts for the Southern and Middle Districts. Mr. Brandt is also a graduate of The American University in Washington D.C., having earned his undergraduate degree in Communications, Legal Institutions, Economics and Government. While in Washington D.C. Mr. Brandt worked for Congressman Chuck Douglas, a former member of the New Hampshire Supreme Court and with Senator Connie Mack of Florida. Mr. Brandt is also an alumni Member of the Sigma Alpha Rho Fraternity International. Mr. Brandt’s practice is primarily devoted to criminal defense and family law. He has been lead counsel in over 50 jury trials throughout the State of Florida. Mr. Brandt is an active member of the Florida Association of Criminal Defense Attorneys, the National Association of Criminal Defense Attorneys, and the St. Lucie County Association of Criminal Defense Lawyers where he is a past President. He is also a proud member of  “The National Trial Lawyers: Top 100”.

Mr. Brandt, active in his community

Mr. Brandt’s has been active throughout the community. As President of the St. Lucie County Association of Criminal Defense Lawyers, Mr. Brandt led an aggressive and successful campaign to have the courts recognize that defendants can waive their appearance for certain court events in the 19th Circuit of Florida. For many years, defendants in the circuit were forced to miss work, school and family obligations merely to appear and receive a new court date. He is recognized as a leader in the legal community and an aggressive advocate for his clients in the courtroom.

Mr. Brandt and his involvement with education

Mr. Brandt’s involvement with the community and his commitment to education in Martin County is also longstanding. For the past several years, Mr. Brandt has been a sponsor of the Martin County Education Foundation helping raise thousands of our students and teachers in Martin County Public Schools. He has sponsored the teachers of the year in both Stuart Middle School and Hidden Oaks Middle School. Mr. Brandt has also been a guest speaker at many of the schools in the community. Working with students to understand, respect and value our Constitution is one of the favorite things to do for Mr. Brandt.